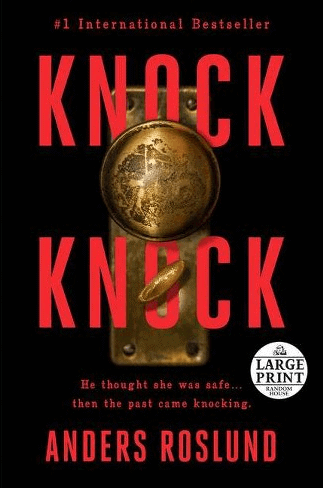 It was a great pleasure to discover Anders Roslund’s crime story among the summer novelties of 21st Century Publishers (orig. 21. Század Kiadó). So far, I have read all three of his books that have been published in this country, and all three were outstanding experience to me. The author has had a hard ride in Hungary so far, but with this fourth publishing, the time may turn to the good and he may reach a safe haven.

In our country, Roslund’s novels have already been appearing in a third publisher’s offer. This highly successful crime story, which came out last year, is the first volume of a three-piece series.

Roslund knows how to write a breathtaking, fantastic story.

It is a special point of interest that he worked with fellow authors up until this one. This is his first independent crime story. It is a combination of the Nordic crime genre with stunning characters and the political thriller. The subject is important and timely nowadays. In all respects, the crime is brilliant and complex. What started out as a birthday party ends dramatically … with a jump, the story continues from here a good ten years later. The location is the same apartment. The criminal inspector Ewert Grens is assigned to the case, as it was him who investigated the previous murder back then as well.

Behind this mysterious burglary, however, a dark past knocks. Our inspector gets this old new case only half a year before his much anticipated retirement. What lie behind are political interests, the Albanian Mafia and the arms trade. Through bloody tragedies, market monopoly leads to a staggering and unexpected solution. Nordic crime stories are never just crime stories, this one is not a typical story, either – it tackles important issues and social problems.

I would rather not ponder details for fear of a spoiler. It is a true psychological thriller leading through the fate of a five-year-old girl, who is the only survivor (and witness) of a slaughter. This life-changing childhood event is the basis for everything. Beside power, witness protection and an evil case of vengeance stand in the background, and a great many tiny details can only be fully understood at the end of the story.

Grens now fears that someone is intent on silencing the only witness. A race against time is beginning, for even the inspector is unaware of the fate of the little girl of the original crime. Meanwhile, someone in the city’s criminal underworld is executing weapons smugglers, and has placed former police informant Piet Hoffman’s family in grave danger. The secret agent Piet Hoffmann may be familiar to our readers from the thriller Three Seconds. The seemingly separate events are slow to unfold but, naturally, they are related. The action is unpredictable, sufficiently elaborate, I can guarantee that.

The unfolding horror does not spare the characters. As I was progressing through the story, my head kept spinning to find out where we were, what was going to happen, the events swept me away. The combination of facts and fiction works optimally. I suppose this has turned out to be a real “guy’s thriller”. What is happening in Albania and Stockholm has a dreadful background. The award-winning journalist portrays organized crime, the intertwining of politics, and provides an exciting insight into that world with enormous power.

He has carried out thorough research: the background is accurate and thoughtful. He is also a master of creating suspense, which increases from page to page. Dramatic turns, his broken, agitated, brief sentences also enhance the effect. The pieces of the family puzzle will only let you see the whole picture at the end. Roslund is very skilful at depicting internal machinations and waving misleading threads into the fabric of the crime story. It’s not just a breathtaking story – it’s also a heartrending one. He is now showing a completely new side of his to his readers.

All in all, it is a masterly dark thriller of organized crime and revenge where, in addition to trust and loyalty, recovery from grieving is also involved.